Nigeria’s President, Muhammadu Buhari has lost many if his followers and supporters on Twitter.

At exactly 5PM on Saturday, the former president Jonathan spokesperson, Reno Omokri released a tweet via his verified Twitter handle as follows:

“Dear Nigerians, If we all mean business with this #EndSARS movement, let’s send a strong message to General @MBuhari.

Three hours later, over 100, 000 followers had unfollowed the president, reducing to 3.4 million followers.

“Dear Nigerians, When I started the #UnfollowBuhari campaign as part of my #EndSARS protest, some laughed. Well, look. In just 1 hour, we have reduced Buhari’s following by 100,000. Never underestimate your influence.

When Nigerians wake up, government will be afraid of us!”

Below are before and after screenshots of President Buhari’s timeline. 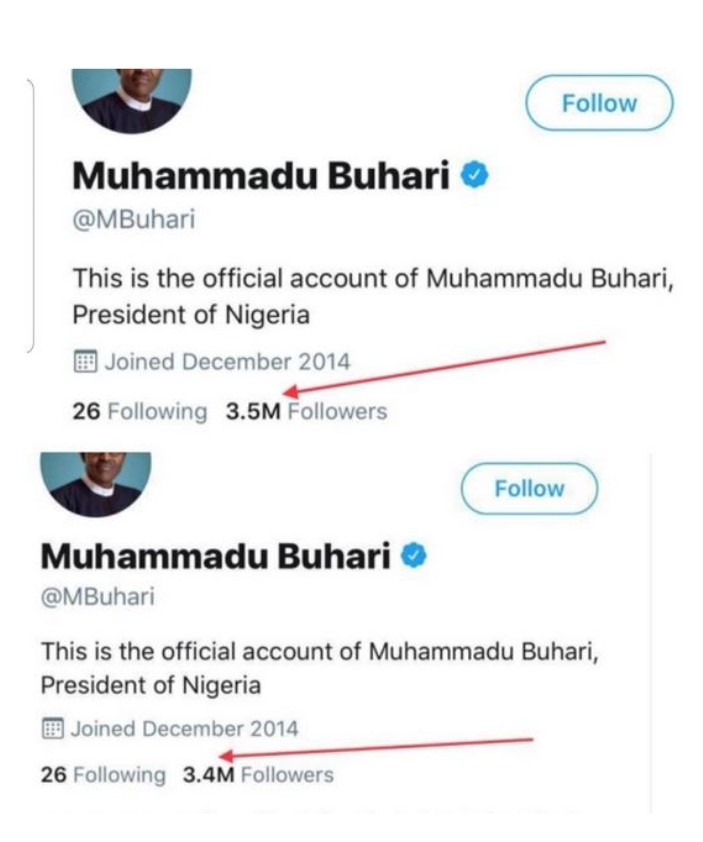 President Buhari “Hypes” His Administration, Says He Has Done Better Than Any Past government